Monetary chaos in the British colonies in Canada that prevailed in the seventeenth and eighteenth centuries, when in circulation were not only British pounds sterling and French francs, but also Spanish dollars, and even Portuguese and South American coins, made ??it necessary to standardize the Canadian currency. First Canadian dollars were put into circulation by the Bank of Montreal is in 1817 and were in use in Upper Canada and Quebec. Canadian dollar was modeled on the U.S. currency. The provinces of Atlantic Canada, while the remainder of the UK currency, which eventually was driven out there as well. From 1 January 1858, they adopted the Canadian dollar as official currency, and began the issue of currency in the same year. New Canadian dollar has replaced all other money available by now in Canada with the Uniform Currency Act, adopted by the Government of Canada in 1871 skonfederowanej.

Until 1854, the Canadian dollar had only partial coverage of gold. From this year, gave full coverage. Paper money can be exchanged for gold bullion without restrictions. The parity of the Canadian dollar was set at the equivalent of the U.S. dollar. For one British pound paid to 4.8666 dollar. Throughout the period covered in gold, the dollars exchange rate against other currencies remained stable. Minor fluctuations were caused by minor differences in the local price of gold exchanges.

Canadian dollar went to cover the maintenance of the gold in 1914 in connection with the war situation in Europe. For full coverage was resumed briefly in the years 1926 - 1931, then again, since it was abandoned because of the Great Depression of the thirties of the twentieth century, never to be covered in gold, never to return.

Economic problems associated with a great crisis, and in particular a series of large insolvent banks, which had the right to issue money, prompted the Canadian government to reform the monetary system, which led to the Bank of Canada, who alone obtained the right to issue. The Bank has been appointed act of The Bank of Canada Act July 3, 1934 and began operations effective March 11, 1935. On the same day all the old notes in circulation were replaced zuniformizowanym Canadian dollar. The consequence of departure from the coverage of gold currency stabilization fund was the creation of the Exchange Act Fund Act, which came into force on 15 August 1939. At the same time, however, in connection with the outbreak of World War II, was suspended convertibility of the currency and introduced her pegged. Withdrew from this year until 1951. In 1947, revaluation was carried out by equating the dollar value of U.S. dollar devaluation and in 1949, which established the U.S. dollar exchange rate at 1.1 Canadian dollar (U.S. $ 10 paid $ 11 Canadian). Further problems with maintaining the standing of the Canadian dollar has prompted the Canadian government to restore the floating exchange rate in 1951. The principle of a fixed exchange resumed in the years 1962 to 1970. The final U.S. dollar remains as released today.

W roku 2004 wartość kanadyjskiej waluty w stosunku do dolara amerykańskiego gwałtownie się podniosła, osiągając w listopadzie 2004 wartość 83 centów, a w maju 2006 przekroczyła 90 centów. Według niektórych analityków wartość dolara kanadyjskiego może powtórnie się zrównać z amerykańskim już w 2007.In 2004, the value of Canadian currency against the U.S. dollar rose sharply, reaching in November 2004, the value of 83 cents, and in May 2006 exceeded 90 cents. According to some analysts, the value of the Canadian dollar may be re-aligned with the U.S. as early as 2007.

Universal Canadian coin with a value of less than one dollar (1c, 5c, 10c, 25c) are modeled on their American counterparts - their size and weight, and their popular names are almost identical. They differ in the specific chemical composition and the figure upright and inverted. They are different enough that the Canadian coins are not accepted by vending machines in the U.S.. The Canadian $ 1 coin (in circulation since 1987) and $ 2 (since 1996) are not modeled on American coins. In addition to the standard set of coins in circulation as described below, there are numerous old coins, withdrawn from circulation, and events. 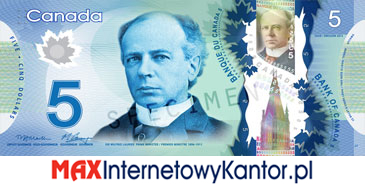 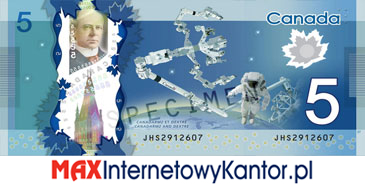 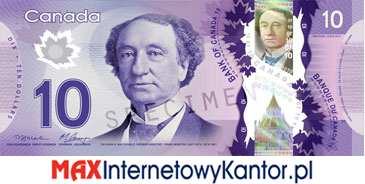 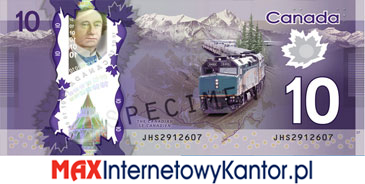 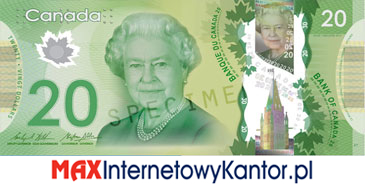 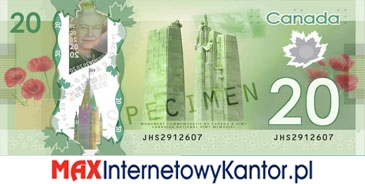 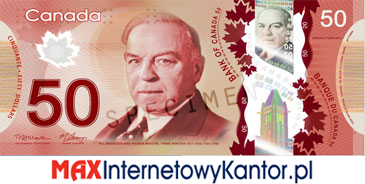 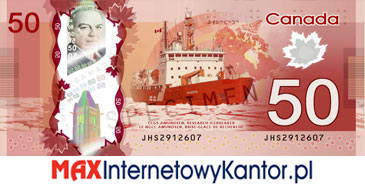 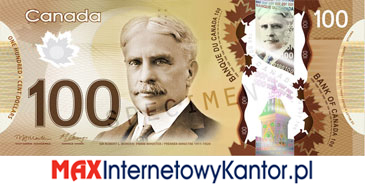 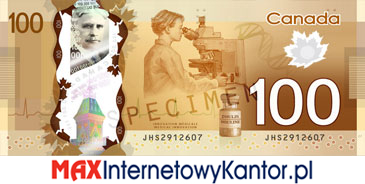